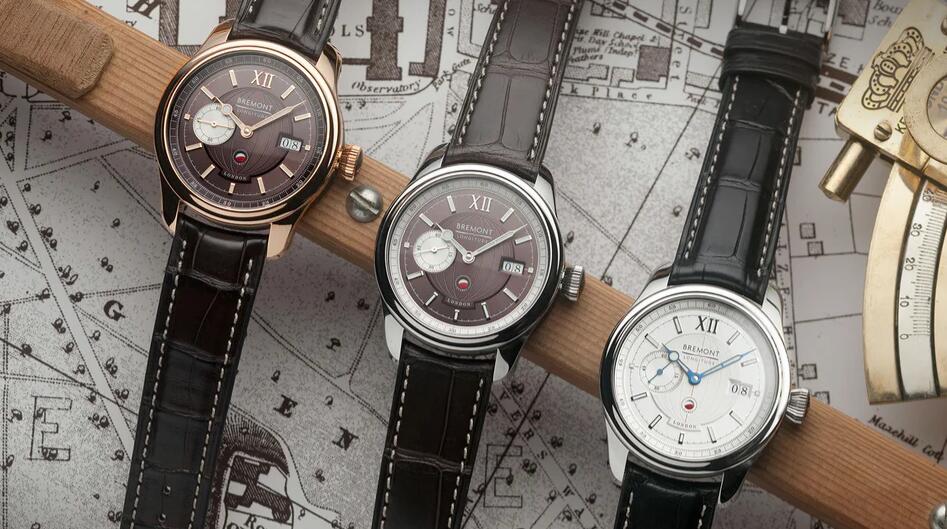 Today’s is a tale of two stories. The first came as day broke Eastern time, with news of the British company’s ENG300
automatic, a milestone manufacturing story for the brand that we explored in detail (long-read klaxon) here.

Hot on the heels of that story is news of the first watch to carry ENG300, Bremont’s Longitude, a 300-piece limited-edition and the latest in a long line of annual drops by Britain’s largest watch company of watches that entomb historic artifacts.

In years past, objects such as the Enigma wartime coding machine, HMS Victory, and the Wright Flyer have surrendered fragments to Bremont limited-editions; the latest yield is a section of the brass beam that runs through Greenwich’s Royal Observatory in London to indicate the Prime Meridian Line at zero degrees longitude.

The hunk of the raw source material was donated to Bremont by its new partner, Royal Museums Greenwich, smelted down and then moulded into a flat ring that frames the watch’s automatic.
The tale of ENG300 is a deep and fascinating one, but I won’t pour over it again here, save to repeat the headlines, leading with the left-field announcement that this is not the high-end Stephen McDonnell movement Bremont has been hinting at for a number of years, and that I was expecting, as per my report in these pages, back in August.

Instead, this is a calibre conceived in Switzerland by the disruptive movement maker THE+, and then significantly customized and upgraded by Bremont. Not only has Bremont bought full access to the IP behind THE+’s K1 base calibre, it’s also manufactured some of the core components at “The Wing,” its highly impressive new production facility in Henley, an hour outside London.
As I explained in my earlier piece, it’s no exaggeration to say ENG300 is a genuine landmark for the brand and for British watchmaking. It has all the hallmarks of being a truly great movement.

Returning to what we know of the watch – those 300 pieces are divided into batches of 150 in steel, 75 in rose gold, and 75 in white gold; each is 40mm in diameter and therefore smaller than Bremont’s previous historic pieces; and they all have a large date with twin discs, an indicator for the 65-hour power reserve, and a small seconds. The dial is decorated with longitude-inspired motifs.
There’s further symbolism in the power reserve indicator. Red when full (rather than the usual white), it’s inspired by the Greenwich Time Ball, a red ball on top of the observatory that still rises and falls once a day to signal to passing sailors the time of 1:00 PM, a once-vital event by which Rule Britannia’s navigators set their ship’s chronometers. The watches will be available in early December, priced between $16,995 and $24,995.
No doubt about it, the arrival of ENG300 – and in this case the ENG376 variant of it – is an enormous moment for Bremont Longitude, coming at an enormous cost, perhaps more than £20 million ($27 million), once the construction cost of The Wing is taken into account. It should also earn the ambitious company a great deal of praise.

Bremont Longitude sees itself as the natural successor to the great English watch and clockmakers of the distant past. The press release for Longitude namechecks the first Astronomer Royal John Flamsteed, the 18th century Longitude Prize winner and marine chronometer inventor John Harrison, and Smiths, the British industrial watchmaker that fizzled out in the 1970s. Bremont says it can produce as many as 5,000 ENG300s a year, which would make it the first since Smiths, and in nearly half a century, to industrially manufacture mechanical movements (or parts thereof) in the UK.
For some, recognizing the value in ENG300 may mean dispelling lingering cynicism. It’s not the first time the British mavericks have used one of their annual historic limited-edition watches as a vehicle for a new calibre. Elephants will recall that in 2014, Bremont Longitude caused a ruckus when it introduced the Wright Flyer with a movement it claimed a little too fulsomely as its own, only for it to be unmasked as a La Joux-Perret design.

But that was then, half a lifetime ago for Bremont, and this is now. And this time, it’s different. The wounds from that sorry episode were scarring, so now – as our movement story details – the company is opening up much more of its playbook, as it has to. Box ticked.

As such, they’re not shying away from how they acquired the manufacturing rights to the Swiss engineering company THE+’s K1 tractor automatic two years ago, but they are asking us to go with them on the claim that they’ve upgraded 80 percent of the movement in-house (a hardier, but hardly unique double-footed balance bridge, for example), and on reports that they’re manufacturing 55 percent of the movement by weight in Henley (five parts in all – the base plate and four bridges).

THE+ has confirmed all this, and when I spoke to them last week they were brimming with admiration for the job Bremont has done in upgrading their movement and building the manufacturing, assembling, regulating, and testing infrastructure to produce it. To their mind, they say, ENG300 isn’t a modified calibre, it’s a new entity in its own right.

Three surprises for me when it comes to the watch itself. First is that Bremont has chosen to merge two of its biggest stories of the year into one. Granted, a new movement needs a watch, but still, keeping that and a hero limited-edition story in sharp focus is all but impossible. For the long-time watch industry observer, the movement story is far and away the more interesting, and not just because Bremont’s long-running historic artifact series now commands much less interest than it once did.
Second is that given that this watch celebrates Greenwich Mean Time and is made in partnership with Greenwich’s Royal Observatory, it’s curious that the Longitude doesn’t have a GMT function. But then maybe that would have taken away the emphasis on continuing the lineage of British watchmakers, which, in fairness, has nothing to do with dual time zone watches.

The third, and this feels a bit picky given it’s hard to place a value on historic artifacts, is the price differential. When ENG300 series calibres appear in its core collection steel watches (some time next year, we learn), Bremont is aiming for a starting retail price around $5,000, which would be extraordinarily competitive. Given K1 was designed to offer 18 possible variations, I suspect that base iteration won’t have big date and power reserve indicator functions, but even accounting for that, it leaves a circa $10,000 premium for the privilege of owning a small, recycled piece of brass. There’s a philanthropic angle here, admittedly, and part of the proceeds will go to the Royal Museums Greenwich. But still.

In all probability, the Longitude will become a footnote in Bremont’s history, leaving the focus on the company’s rapid and hugely admirable evolution into a British manufacturer and assembler of high-end mechanical watch components. That will be a good thing. Because just as the world’s time zones are pinned to Greenwich, so too is Bremont’s future is pegged not to the Longitude, but to what’s inside it.